The temperatures have been in the 90’s here in the Catskills over the past few days.  It seems like we’ve flipped and flopped between pouring rain and hot sun repeatedly.  And amidst it all, the garden is just continuing to grow. 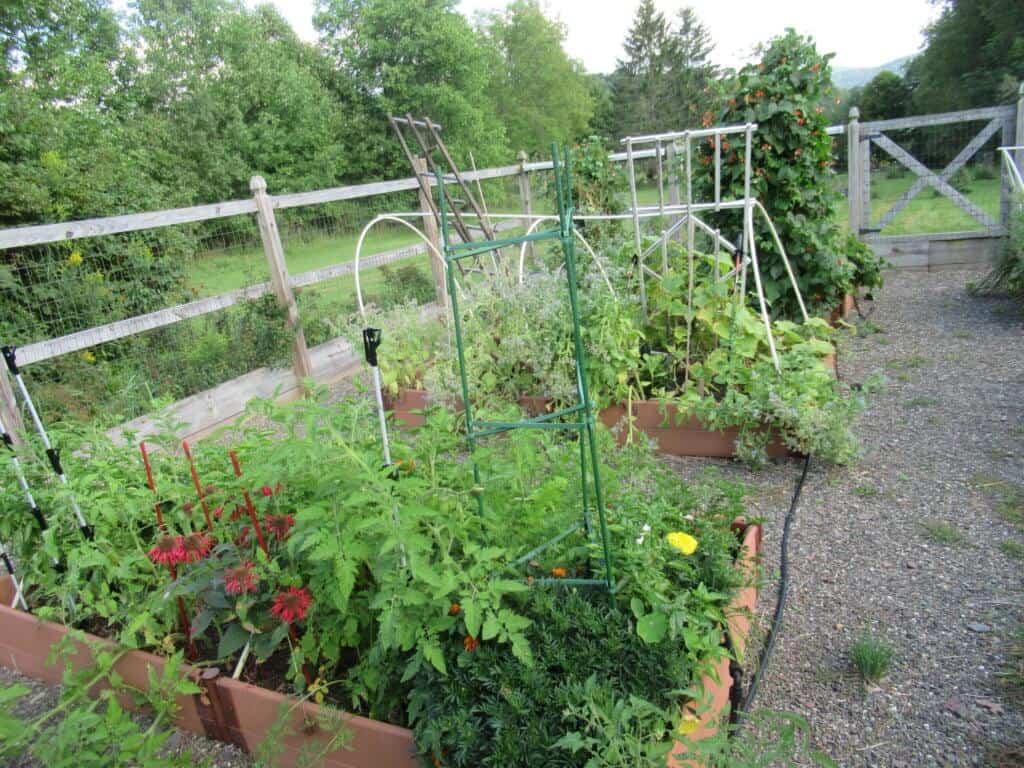 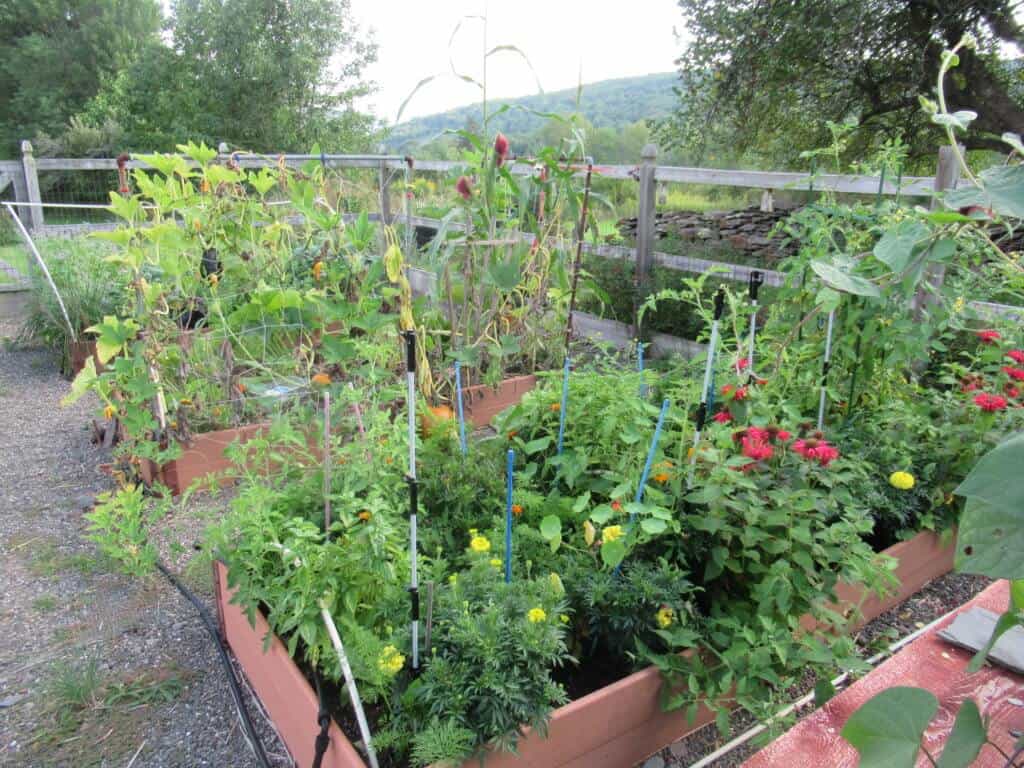 It’s really quite a mess.  The good news is, we are still eating plenty from it.  One disappointment is that most of the tomatoes are still green. 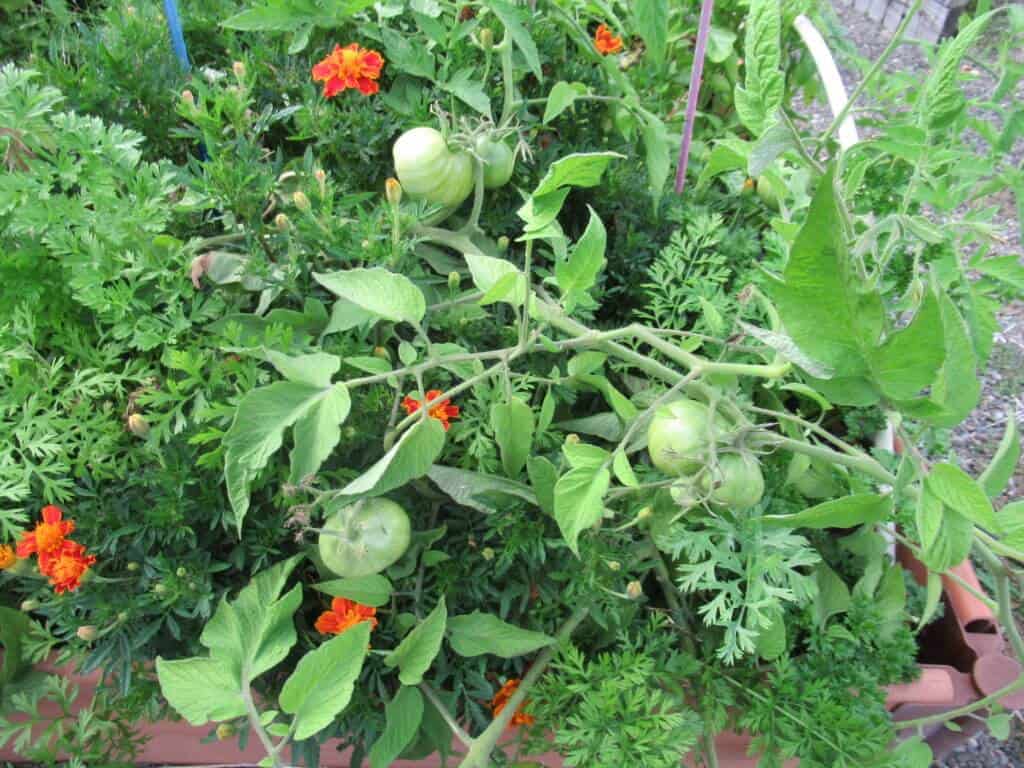 Here is my one token red tomato.  You can see how some of the leaves are starting to die off. 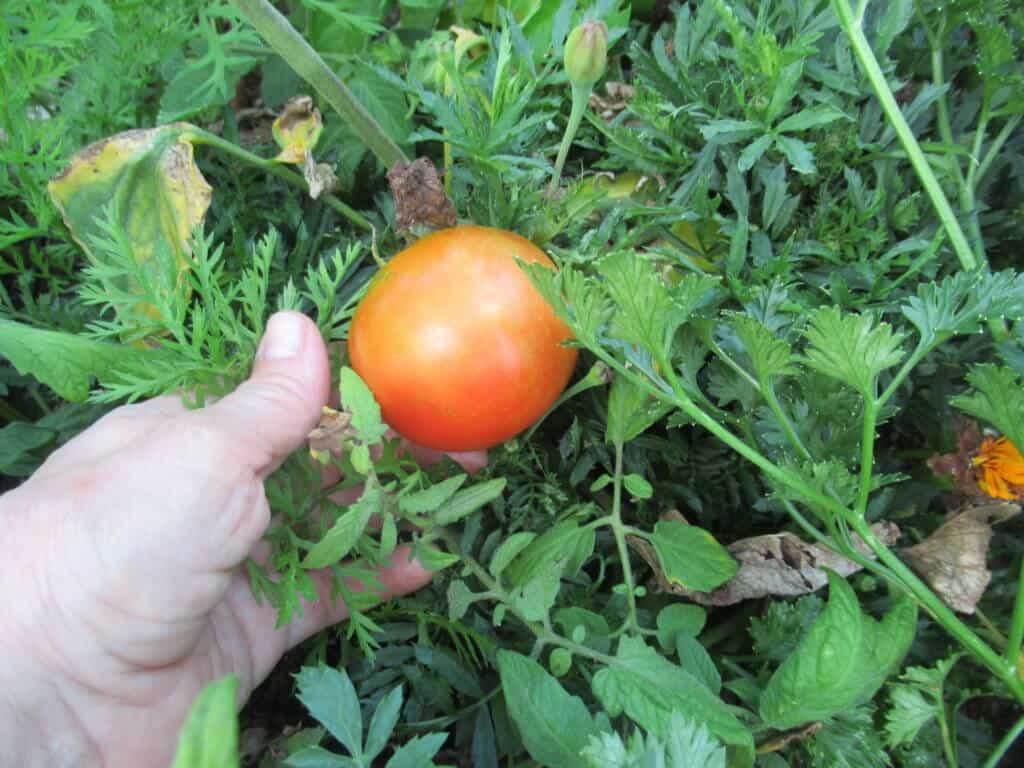 The tomatoes that are ripening and giving us a lovely harvest are my favorite – Sun Sugar!  They turn a delightful orange color and they are oh, so sweet!  Equally yummy in salads as well as salsas, or just for snacking! 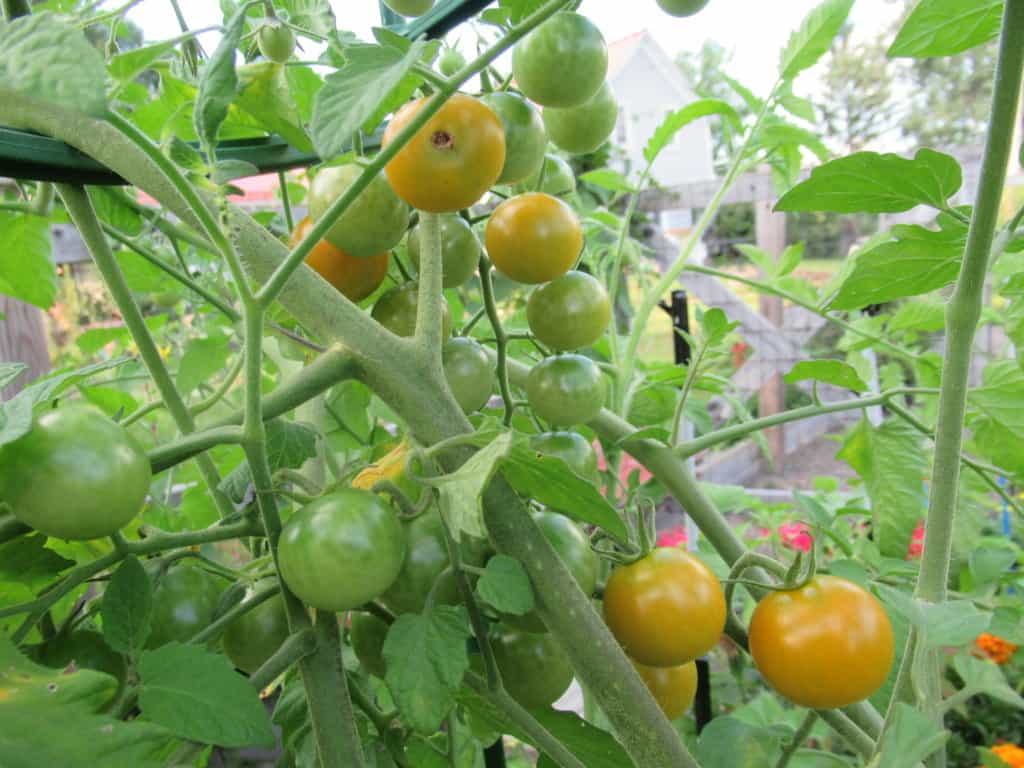 At least my bell peppers are going strong!  And turning red in the process.  I have truly never had this much success with peppers in my life. 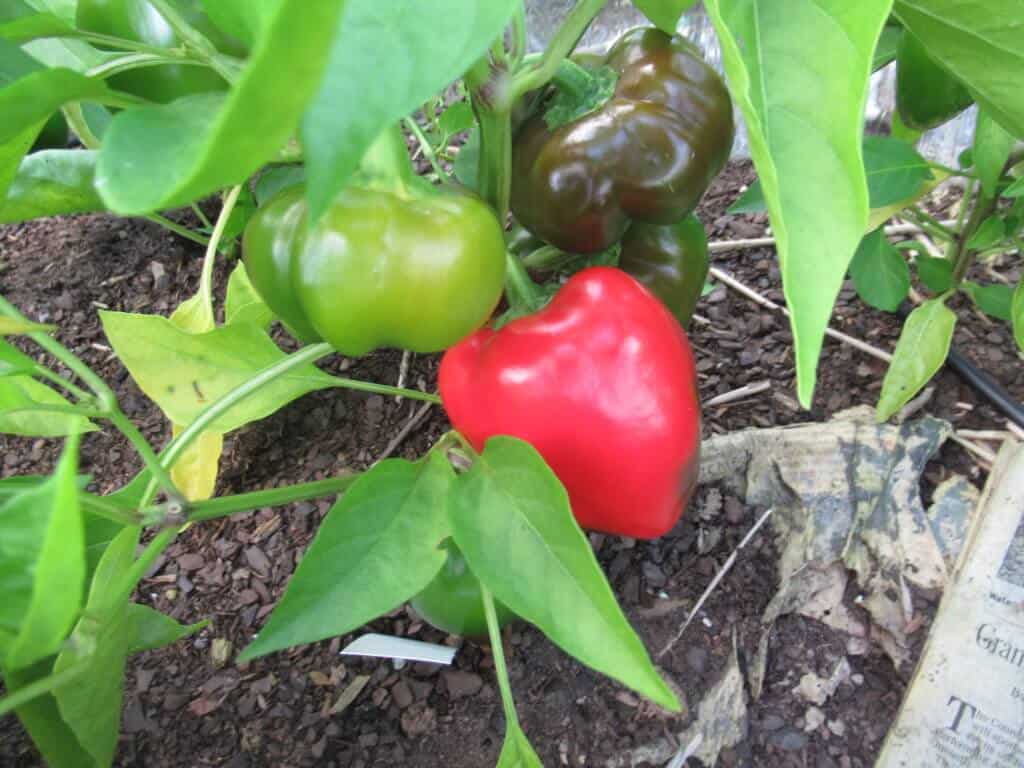 Now for the pumpkins.  A couple of them got really big. 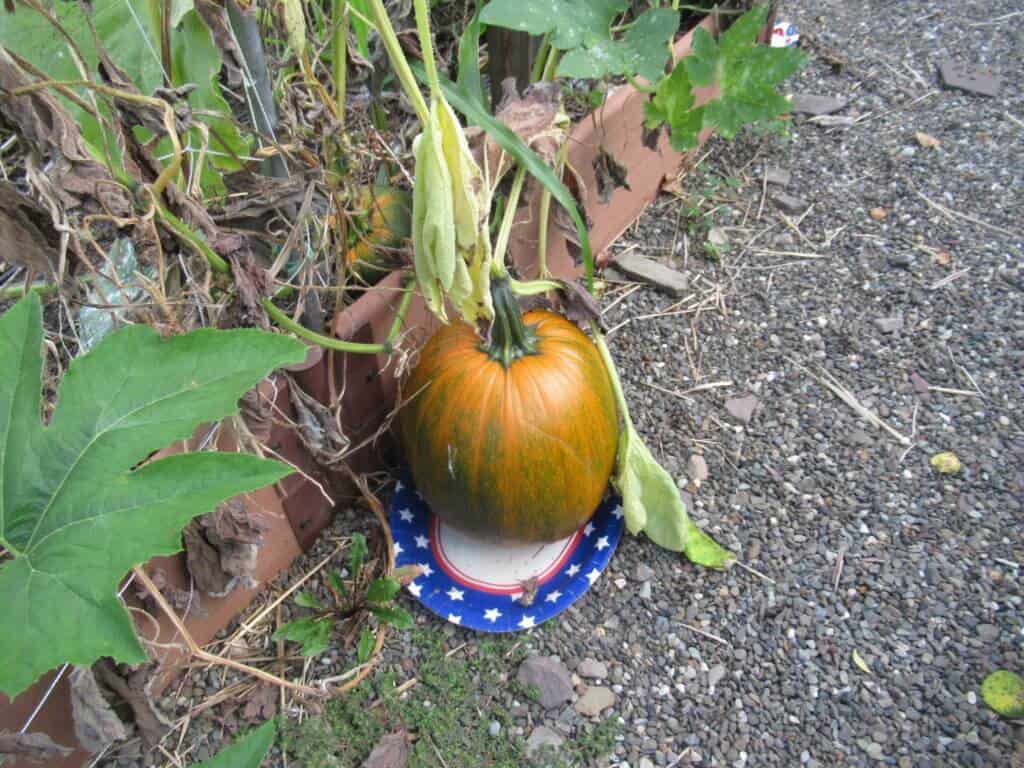 I can’t remember who taught me to put a little plate under my ripening pumpkins, squash, gourds, and the like.  I thought it was a good idea since there are pebbles in my walkways into where the plants can spill.  Meanwhile, this other pumpkin is weighing down the trellis netting so much it looks like it is going to break!  It won’t, though. 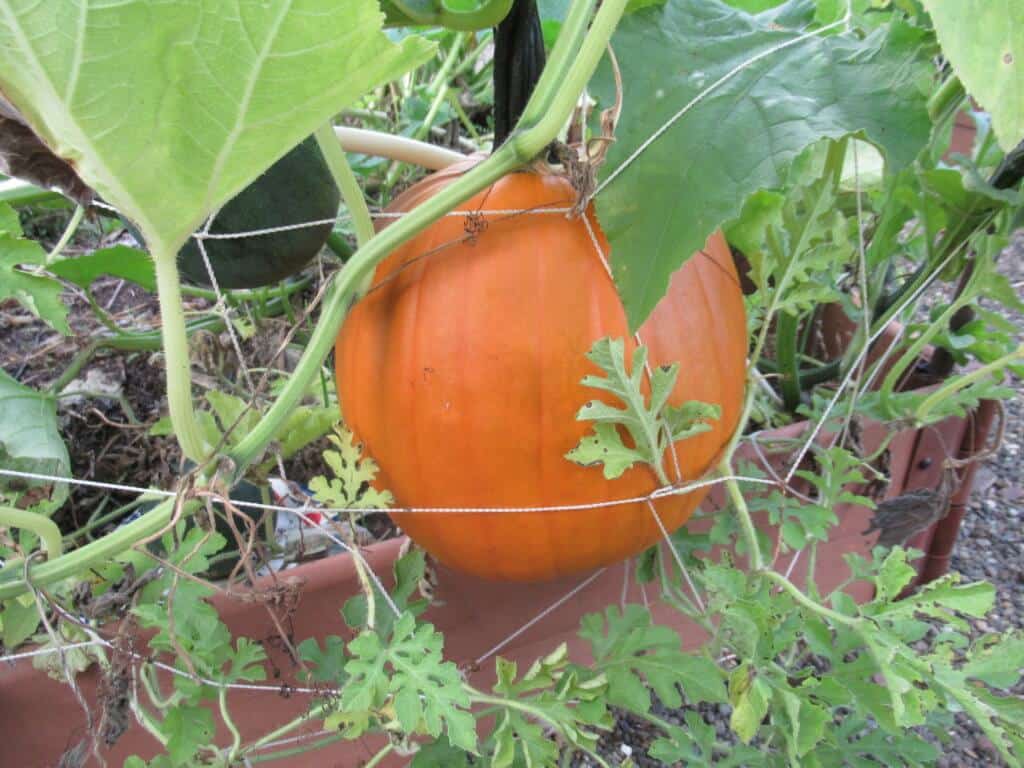 I have a few sugar baby watermelons as well.  They’ll be ready in a couple of weeks, I believe. 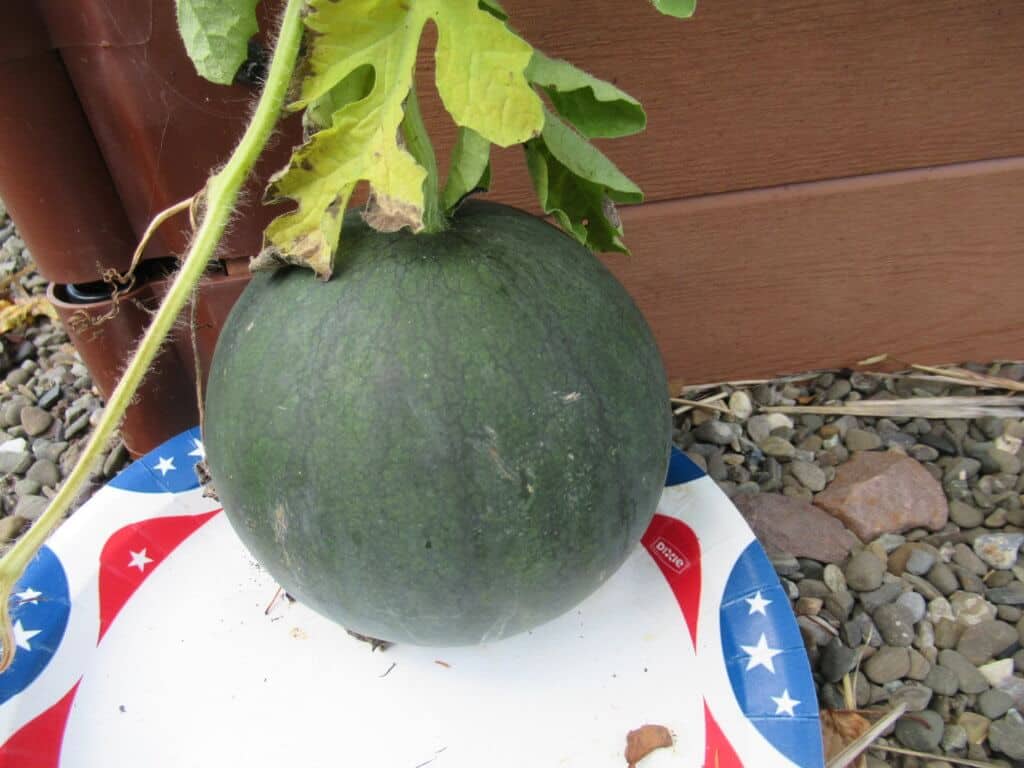 We are still getting cucumbers, even though the vines are drying out and dying. 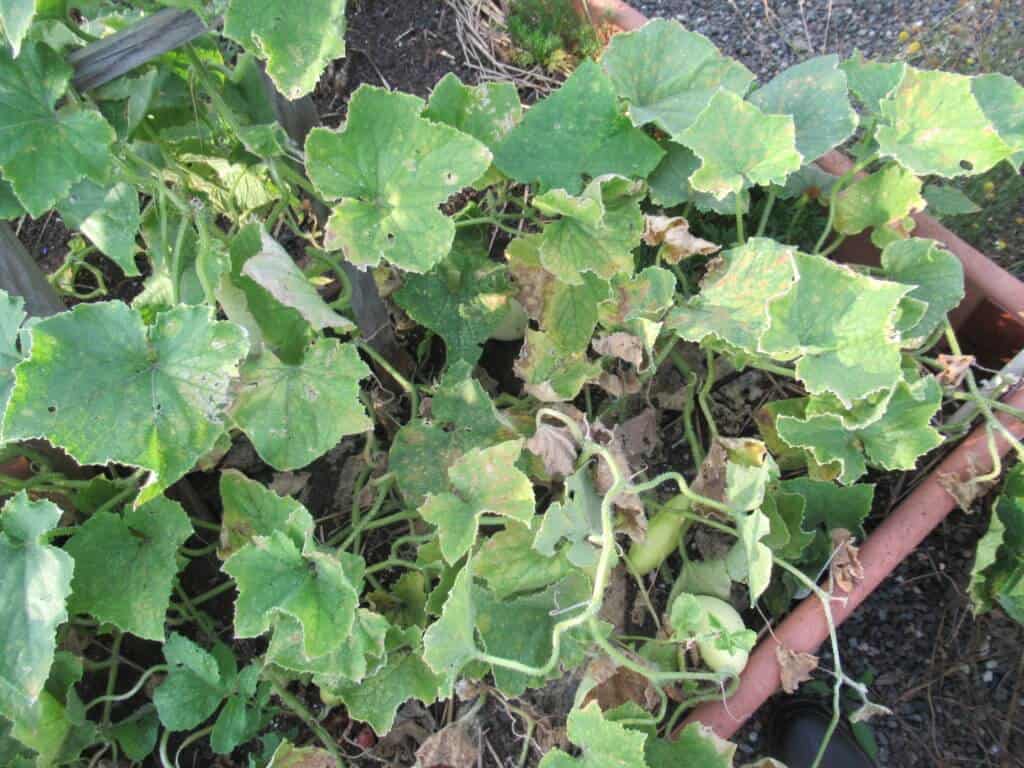 Along with one last zucchini. 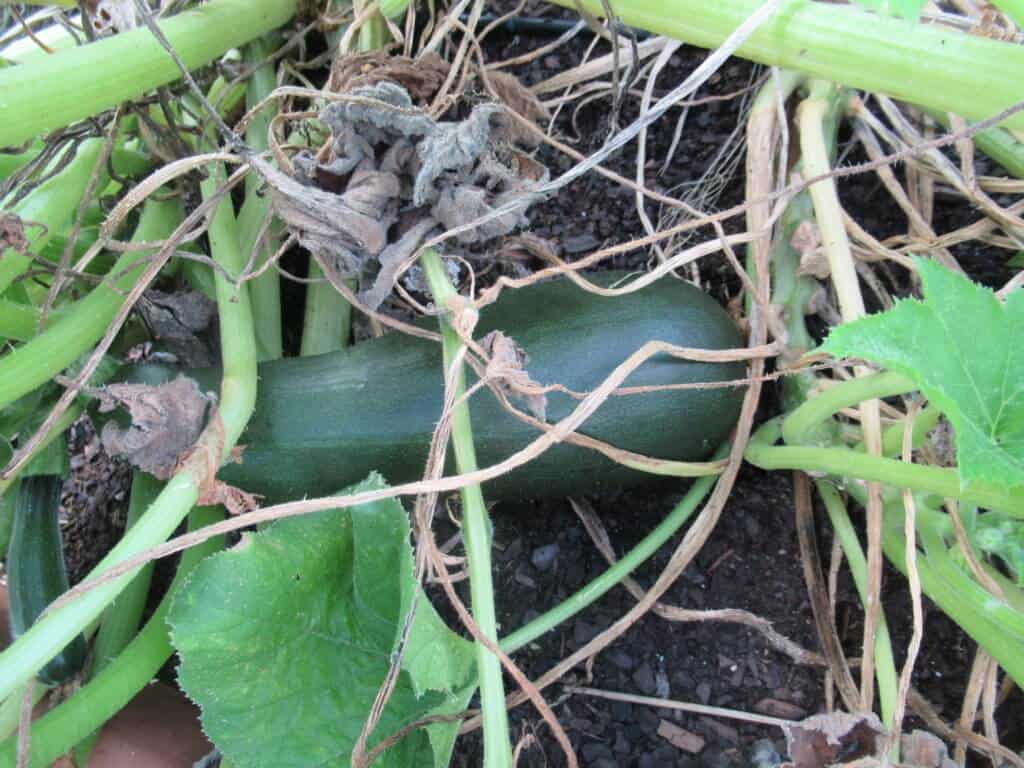 I’ve been letting the peas and remaining beans dry out on their vines.  This pea vine has completely dried out, so I’m bringing all the pods in the house to finish drying and then store for the winter, so that I may plant them next year. 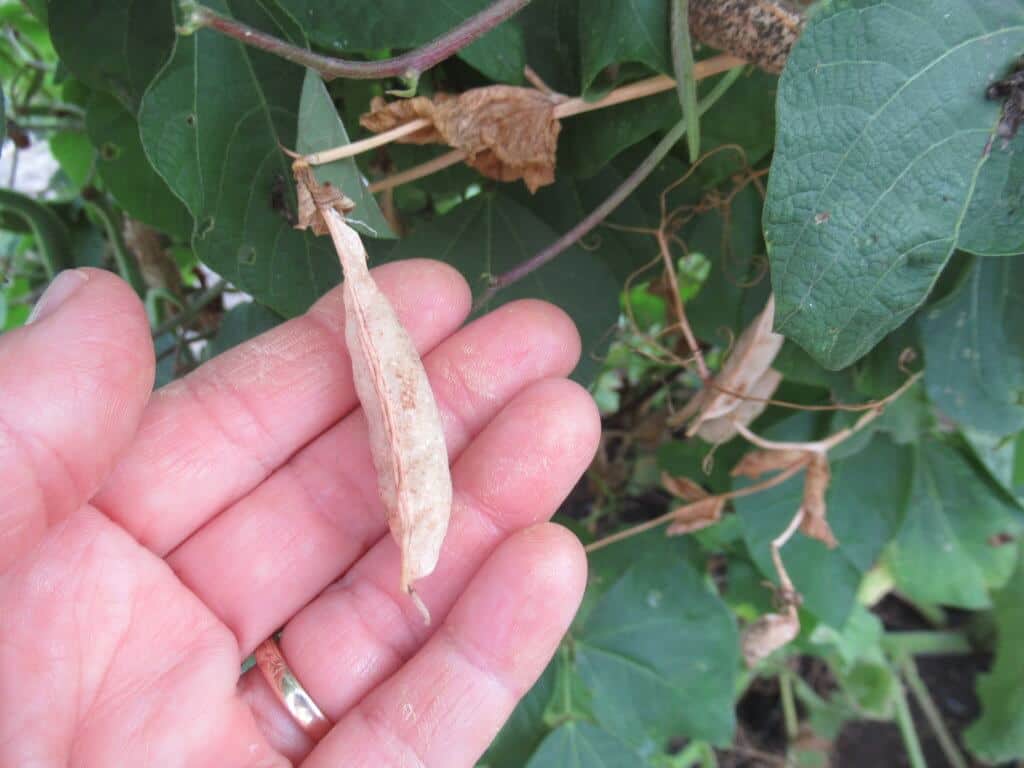 The garden season is so short here!  That’s why we savor it as much as we can while we have it.  For a look at some of my previous garden posts, you can access them here, here, here,  and here.

While it makes me a little bit sad for the season to end, I do look forward to sipping hot tea by the fire in the wood stove.  I also love the smells of cinnamon and pumpkin, along with the cozy feel of toasty blankets on a chilly night.  I’m sure by February or March of next year, I’ll have forgotten the itchiness of my mosquito bites, ready for a new seasonal transition.  But until then, I’ll just go with the garden’s flow!

Do you live in an area where the gardening season is short?  Or do you have a longer stretch of time in which to play in the dirt?