Love the garden in every season?
Check out my free E-Guide, "The Garden Year."
Yes! I want the free E-Guide!
10 shares

Introducing a New Puppy to the Old Dog

There is a new addition to our family here at the Mountain Farmhouse!  Meet Ollie, our West Highland Terrier (“Westie”)!

This is Ollie at eight weeks old: 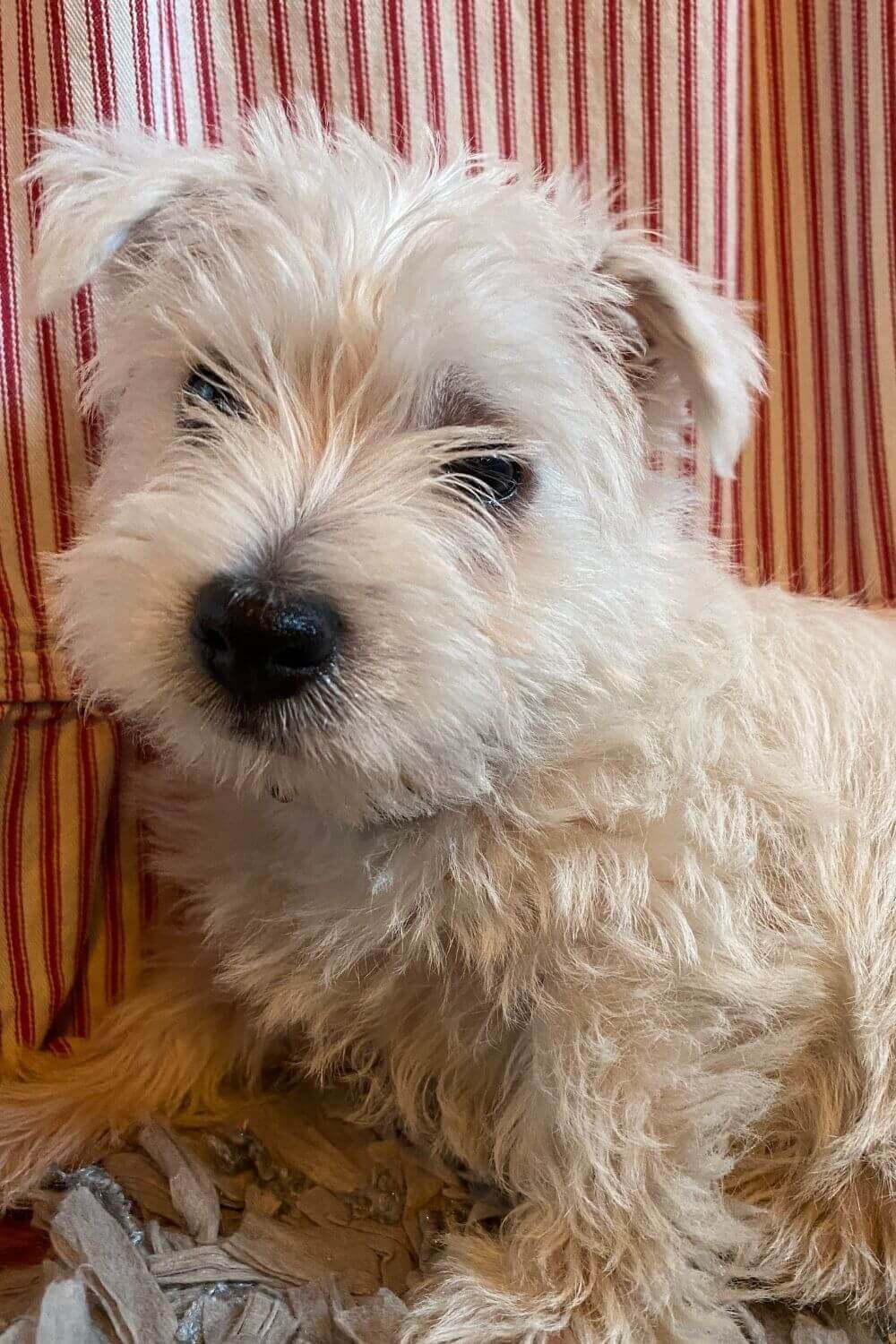 Our older dog, Finn, a Cairn Terrier, and Ollie like to celebrate every day doing the things that dogs like to do best – eating, playing, sleeping, and spending time outdoors.

We’d like to take you on a trip down memory lane to last year when we brought Ollie home.

When it came down to the two dogs getting along, we first introduced them outside on the front porch. 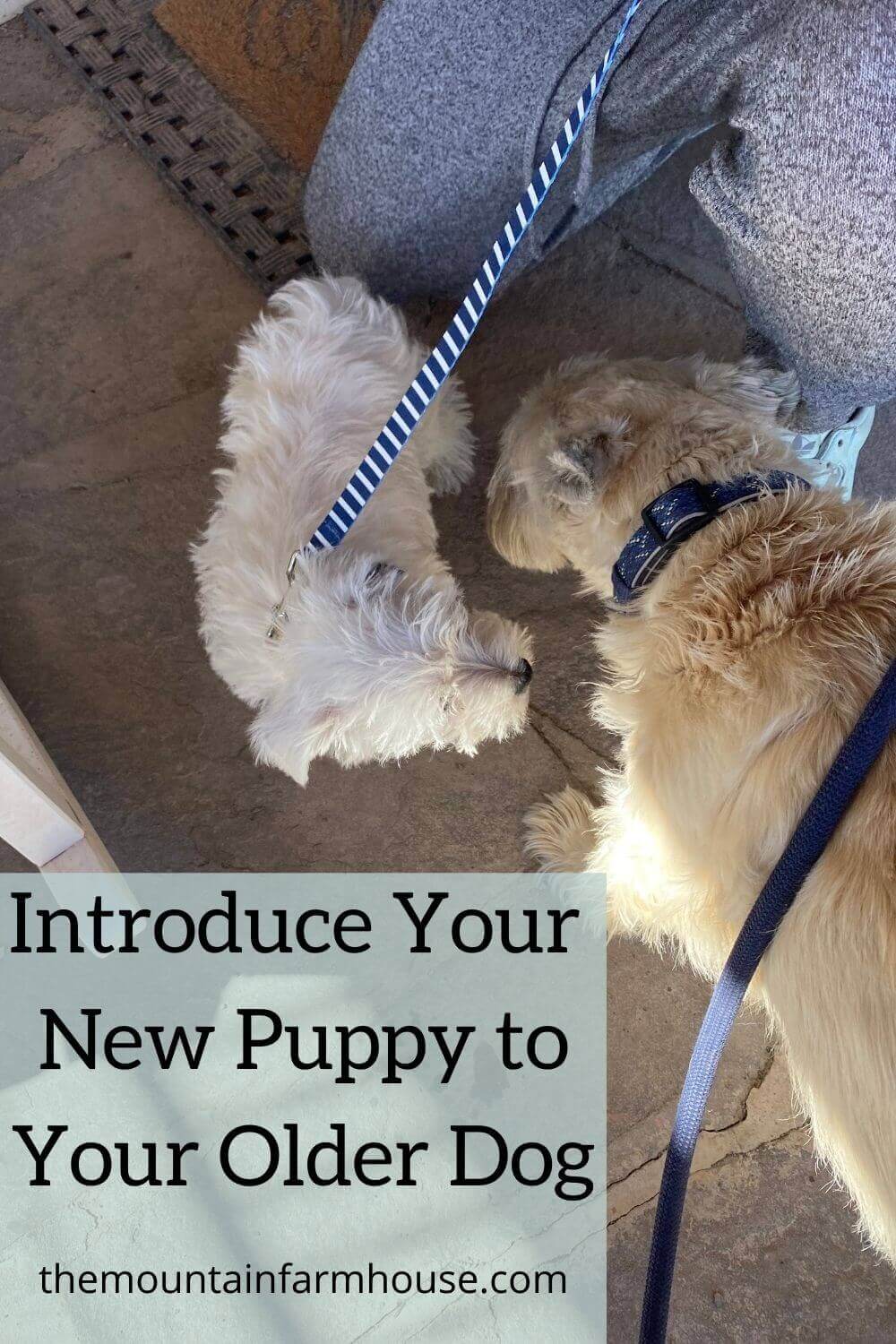 It was Ollie’s first time on a leash.  He wasn’t overly excited about the leash at first, but it didn’t seem to take all that long before he became a “Leash Pro.”

The nice thing is that Finn set a wonderful example.

This was one of the motivating factors behind bringing another puppy into our lives right now.

Finn would help with the training process!

Now, to be honest, Finn was not super happy to share his world with another canine.  He has a good life here.

But he’s eleven years old.  In dog years that means he’s in his seventies.

Ollie is a toddler, in comparison.

And when we first brought him home, he liked to chew.  Everything.  A lot.

We had to be on our toes.  (or else Ollie would nibble on our socks)

The First Meeting – Outside and Leashed

Getting back to the introduction – they did the usual doggie greeting, which, as you may know, involves the sniff test.  They sniffed each other from all angles and end-to-(ahem)end.

Not impressed, Finn dismissed himself almost immediately.  Ollie took this as a cue to follow him.

From that point on, Ollie has followed Finn’s lead.

Finn was never a huge fan of toys, not even as a puppy.  But since Ollie joined the family, Finn has developed an interest in them, especially a particular squeaky bear, as well as a “bone.”

They both love tennis balls.

Initially, we were worried about fights over the toys, but they have developed their own way of dealing with this.

When one dog lifts his head or lets his guard down, the other quickly swoops in and grabs the toy.  And no one seems to have any hard feelings.

Both dogs are very serious about their meals.  (I know that not all dogs are like this.  We used to have a dog that would nibble tiny bits of food and leave the rest in her bowl.)

We try to feed them at the same time.  When we put the dishes of food out, they both go at it like they are in a contest!

In the beginning, Ollie usually finished first, and if we were not watching, he leaped over to Finn’s food and tried to eat it.

We had to be on the ball to grab him and hold him until Finn finished his meal.

Then we took the food dishes away.

We kept (and still keep) water out and freshen it throughout the day.

Our vet does not recommend giving very many treats, but for training purposes, we’ve been using very small ones and only sometimes.

Watch How They Interact

One of the most important things to do, I believe, is to watch them closely and carefully to see how they interact with each other.  If one of them is aggressive, an intervention will be necessary.

Ollie tends to use his teeth to get Finn’s attention.  Sometimes it’s gentle, sometimes it’s not.  Finn, of course, lets Ollie know.

If Finn needs extra help, we take Ollie away from him.

They are good sleeping buddies, though! 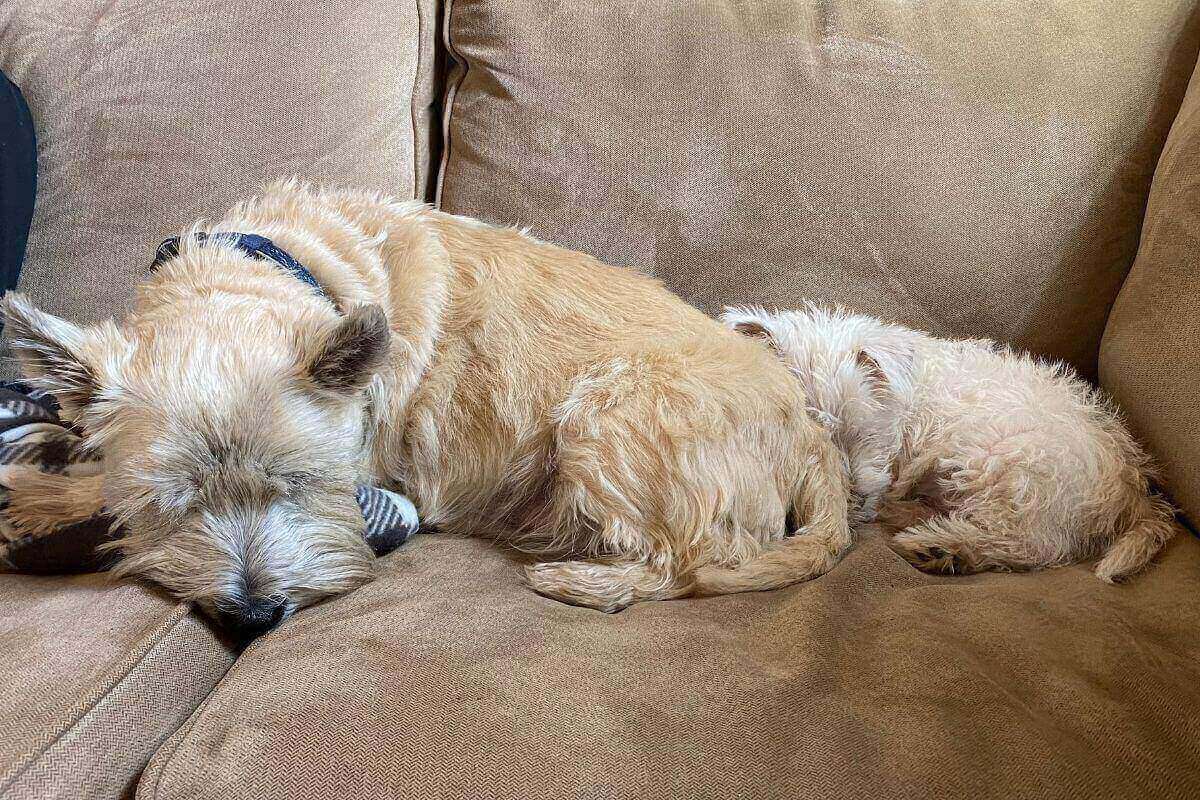 Further Tips for Introducing a New Puppy to an Older Dog

1-Try to take things slowly, no need to rush anything.

2-As we did, have them on a leash for the first meeting, preferably in a neutral location.

3-If holding the leashes worked for the first introduction, try letting the leashes drag so they can check each other out.  You’ll want to do this in a space that has boundaries, such as a fenced yard or a room inside a house.

It’s also not a bad idea to keep the puppy on the leash inside the house in general just to let him get used to it.

4-In the beginning, while they are still getting used to each other, keep the dogs separate when you have to leave the house.  This can be achieved by using crates or keeping the dogs in separate rooms.  This works really well for us even now.  We use a crate for Ollie, so he goes inside the crate if we must leave the dogs at home.  Ollie also sleeps in the crate overnight.

6-Give the dogs breaks from each other.  I find this helps Finn a lot more than it does Ollie.  Finn just gets tired more easily since he is so much older.  Ollie is like a machine – remember the “Energizer Bunny?”

7-Take the rugs out of your rooms when bringing a new puppy home to the family, if possible.  It will be much easier to clean up the inevitable “piddles.”

8-Set your life up as though you are bringing home a new baby.  Plan to be pretty consumed by your new addition.  Take time off from work, if possible.  If your workplace is dog-friendly, that is a big plus.

9-Discuss feeding with the veterinarian.  Apparently, our dogs needed a lot less food than we originally thought.

10-Switch off and take turns with other family or household members if possible for taking the dogs out and/or getting up with them first thing in the morning.

Introducing a New Puppy to Your Home or Older Dog

What are your tips for introducing a new puppy to your home with an older dog?

Please leave a comment below with any of your tips or questions.

***Disclaimer – This post is for information purposes only.  We are not professional dog trainers, nor are we in the veterinary (or other animal-related) field.  These tips have worked for us and hope they will be helpful to others.  Wishing you every blessing as you welcome a furry family member into your home!

PIN IT FOR LATER 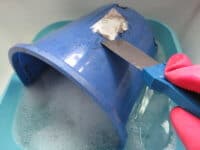 Quick Fix for a Wobbly Mailbox 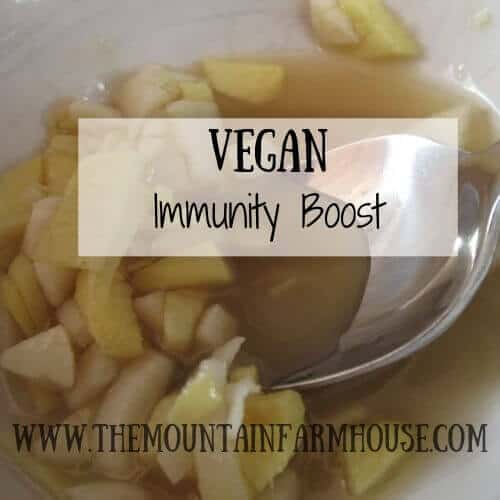